Payday 2 is a shining example of a co-op horde shooter. You’ll be squadding up with fellow heisters to shake down banks, raid military installations, and of course, do a little cooking on the side. While Payday 2 is perfectly enjoyable when played solo, its excellent reputation is thanks to the shenanigans that occur when playing multiplayer. Whether you prefer to tackle your heists stealthily or the right way, bringing a few friends into the fray with you makes the game even better. For this reason, many Payday 2 players are asking – is Payday 2 cross-platform?

The lowdown on Payday 2 cross-platform compatibility The first feature I’ll summarize is the main one that people think of when it comes to cross-platform functionality – cross-play. Cross-play is the most significant feature of the three, enabling players to connect with one another regardless of what platform they’re on. For example, games with cross-play functionality will allow Xbox and Playstation players to join the same multiplayer lobby.

The third and final feature is cross-progression. This feature refers to games that allow players to pick up where they left off on different platforms. It is most prevalent in MMOs, linking your progress to an account as opposed to a device, allowing you to save a game on one platform, then continue on another. Is Payday 2 cross-platform on PC?

Payday 2 is not cross-platform on PC. This means that you won’t be able to team up with your buddies on Xbox or Playstation, unless you pick up a console yourself. This is primarily due to the differences between console platforms and PC, along with some server-side differences. Payday 2 is only available on Steam for PC, so you won’t have to worry about connecting with your friends on Epic Games, unlike some other games.

Is Payday 2 cross-platform on Xbox?

Payday 2 does not offer cross-platform functionality between Xbox and other platforms, whether it be PC or other consoles, like Playstation. That said, Payday 2 does have cross-generation functionality. This means that you’ll be able to team up with your buddies on Xbox Series X, even if you have an Xbox One.

Is Payday 2 cross-platform on Playstation?

Is Payday 2 cross-platform on Nintendo Switch?

The answer to this question is much more clear-cut – no. Payday 2 does not support cross-platform functionality between Nintendo Switch players and those on other devices, regardless of whether it’s a PC or other consoles. It also doesn’t feature any cross-generation capability, given that Nintendo Switch is quite separate from Nintendo’s other devices. If you want to team up with your friends on other platforms, you’ll need to either jump to a different platform, or have your friends do so instead. That’s everything you need to know about Payday 2’s cross-platform functionality. Although it offers it in a very limited capacity, it’s not really accurate to call it a cross-platform game. The likelihood of Payday 2 receiving further cross-platform functionality is also quite slim, despite the growing popularity of the feature. However, Payday 3 is fast approaching, with a slated release for sometime in 2023. While it’s anyone’s guess whether this sequel will feature cross-platform support, I’d say it’s more likely to receive it than Payday 2. All we can do is wait and see. 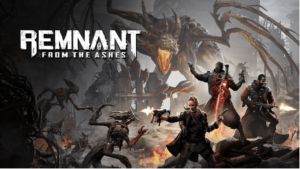 Is Remnant: From the Ashes Cross-play Compatible?