Elden Ring Release Date: Everything You Need to Know

After a long wait, though one made longer by the recent delay, the much anticipated Elden Ring release date has finally made itself known. Developed by From Software and directed by Hidetaka Miyazaki, we all have a good idea of what Elden Ring has in store for us. Repeated deaths and an intriguing, if hard to find, story will no doubt be front and center.

This isn’t to say we should expect a Dark Souls clone, however. Miyazaki has expressed that Elden Ring’s gameplay is heavily based on that of the Souls series, though that likely ends at the intense combat and oppressively depressing atmosphere, hallmarks of FromSoft game design. Instead, with George R.R. Martin involved, Elden Ring will likely feature a narrative that is more a core part of the game, rather than the mysterious window dressing of FromSoft’s past work. Additionally, Elden Ring will be much more open than the Souls series, with vast, open areas and a horse to ride on. Think Shadow of the Colossus mixed with the tried and true gameplay of Dark Souls, and we likely have a good picture of what Elden Ring will shape up to be.

Originally, Elden Ring was slated for a January 23 release, though it has now been one of many big games to fall victim to delays. It is expected to launch on February 25, with “…depth and strategic freedom of the game…” being the key reasons for the delay. Whether this is to scale back these points or to better prepare the game for player shenanigans is not yet clear.

The setting, the Lands Between Elden Ring is set in the Lands Between, a place blessed by the divine presence of the Elden Ring and the Erdtree. The people living there are graced by their power, living in peace and prosperity. Though, in typical FromSoft fashion, this ends with the corruption of people, in this case, those that lose said grace. They are subsequently branded as Tarnished and exiled, signaling or outright ushering in the cataclysmic end of the world. We play as one such graceless character, drawn back to the Lands Between by the call of the now shattered Elden Ring.

Navigating the Lands Between will be a much deeper affair than the worlds of previous games, thanks to the focus on an open world. The Lands Between will be split into six main areas, each with its own area boss, dungeons, and secrets, in all likelihood. Each area will be linked seamlessly, allowing for much more player control over exploration than in previous games. The gameplay of Elden Ring is no major departure from the norm of the SoulsBorne games, which should be music to the ears of FromSoft fans. We’ll have all the combat staples of the past games, including parrying, rolling, magic, weapon skills, and plenty more, all wrapped up into FromSoft’s action RPG package and brought to bear on infamously difficult bosses. However, though the fundamentals are the same, much more has been added to both combat and the environment, so don’t expect your old tricks to work like a charm in the Lands Between.

While certainly similar to past games, Elden Ring does bring innovation to FromSoft’s tried and true formula. For starters, Elden Ring will feature a less restrictive movement system than that of previous Souls games, with a stamina system that allows more room for maneuver. It will probably occupy a middle ground between Dark Souls’ movement and that of Bloodborne, being much more flighty than older titles while keeping slower, sturdier movement for heavier builds. Thankfully, these changes have left the janky platforming in the past, largely due to the Tarnished’s mastery of jumping from a stationary position. As Elden Ring will feature a lot of exploration and tough to traverse areas, this is much appreciated.

This move toward a more fluid and dynamic movement system will open up many more possibilities in combat, especially with the additions made to weapons, magic, and items in general. The core mechanics are still here, of course, we’ll be spending a lot of time rolling about I’m sure, but the vast additions to our arsenal, both in equipment and skills, will massively expand battles and our approach to them. If you have a spare twenty minutes, I recommend checking out this new gameplay preview.

As alluded to earlier, exploration will be a key feature in Elden Ring. The map itself is huge, far larger than any of the previous games, with plenty of areas for us to explore and scenery to appreciate. In typical FromSoft fashion, be prepared to sit back for a minute or two and admire the striking vistas that signal a new area. Beauty isn’t all there is to see, however. The Lands Between has several dungeons, crypts, and other hidden areas stocked with loot and awaiting a plucky Tarnished to uncover its bounty. Alongside traps and mimics most likely. To aid in travel and exploration, we have a spectral horse at our beck and call, something we can use to speed up our travels, assuming you don’t want to use the returning fast travel mechanic. Don’t go too far too fast though. The map will require fragments to fill out, making at least some exploration necessary. Forging too far ahead into unknown areas may well lead to some nasty surprises.

The hardware requirements for Elden Ring are currently unknown, though I’ll be sure to update this article once any announcements are made. Given the size and scale of the game, however, it’s pretty safe to say it will be quite intensive.

Elden Ring is looking like an excellent installment to the SoulsBorne franchise, breathing an awful lot of fresh air into FromSoft’s already excellent series. With it being the biggest game to date, we’ll doubtless have a lot to immerse ourselves in once the release date rolls around. Oh, and Yuka Kitamura is composing the music, so brace yourself for some top-tier tracks.

That’ll be all for this article and insight into what we can expect from Elden Ring. Stay tuned for some guides once the game drops. 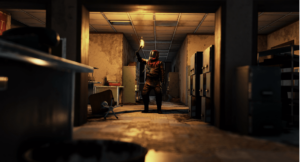